“Stay Hungry. Stay Foolish,” is the closing remark of Apple founder Steve Jobs during his commencement speech to the graduates of Stanford University on June 2005 — one of the most inspiring speeches I’ve heard. 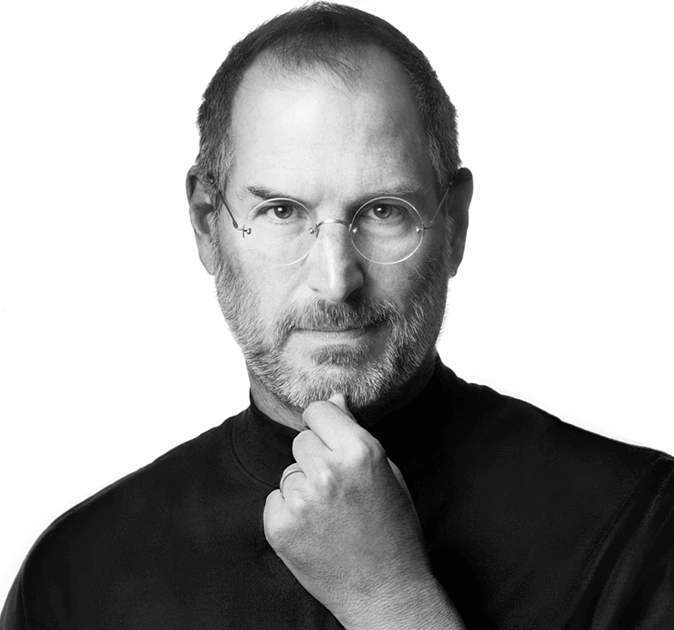 (Photo by segagman / CC BY)

In his speech, he talks about three important stories of his life: Connect the dots, Love and Loss, and Death. Here’s what I’ve learned:

Connect the Dots: Use What You Learned in the Past

Connecting the dots means weaving the lessons you learned in the past and use them in the present. For Steve Jobs, it was his knowledge of calligraphy. (Note: He dropped out in college and took a calligraphy class, instead.)

“If I had never dropped out, I would have never dropped in on this calligraphy class, and personal computers might not have the wonderful typography that they do. Of course it was impossible to connect the dots looking forward when I was in college. But it was very, very clear looking backward 10 years later.”

While listening, I realized I had connected the dots the first time I applied a writing job. Though I never had any vision of becoming a writer, but I did remember being part of the school publication. Yes, I had some writing experiences before. So why not give it a try?

After graduation, I then applied to different writing jobs. The first company rejected me. But I didn’t stop searching until I earned a spot. And yes, I did.

Realization: My writing experiences during high school and college were somehow connected to my future. All I need to do is look back and figure out the skills I developed over time — or the things I’m good at — and use them in the present.

You can try it, too.

Look backward and think about the things you learned in the past. Use them to complement your present journey. Connect the dots.

Love and Loss: Perseverance and Doing What You Love

“I was lucky — I found what I loved to do early in life.” — Steve Jobs

When he was 20, Steve Jobs started Apple together with his genius buddy Steve Wozniak in a garage. They worked hard and made Apple into a $2 billion company with over 4,000 employees in just 10 years. But despite the success, the company for some reasons fired Jobs.

“How can you get fired from a company you started? Well, as Apple grew we hired someone who I thought was very talented to run the company with me, and for the first year or so things went well. But then our visions of the future began to diverge and eventually we had a falling out. When we did, our Board of Directors sided with him. So at 30 I was out. And very publicly out. What had been the focus of my entire adult life was gone, and it was devastating.”

For most people, getting fired or losing something important is like losing a part of themselves. Of course nobody wants that. Even Steve Jobs felt devastated, “I really didn’t know what to do for a few months.”

The truth is, we can learn something from unexpected events. Steve Jobs later realized that getting fired from Apple was, in fact, a good thing:

“It turned out that getting fired from Apple was the best thing that could have ever happened to me. The heaviness of being successful was replaced by the lightness of being a beginner again, less sure about everything. It freed me to enter one of the most creative periods of my life.”

“During the next five years, I started a company named NeXT, another company named Pixar, and fell in love with an amazing woman who would become my wife. Pixar went on to create the world’s first computer animated feature film, Toy Story, and is now the most successful animation studio in the world. In a remarkable turn of events, Apple bought NeXT, I returned to Apple, and the technology we developed at NeXT is at the heart of Apple’s current renaissance. And Laurene and I have a wonderful family together.”

The point is to stay tenacious. If you’re pursuing something and you truly believe in it, keep going. I know it’s easier said than done. But that’s how successful people succeed in life — they just keep going.

“Sometimes life hits you in the head with a brick. Don’t lose faith.” — Steve Jobs

The question is what makes him persevere? I’d guess, because he loves what he does. I think it’s hard to persevere at something you don’t really love, right? — at least, that’s what I think. I couldn’t stay longer if I don’t love what I’m doing in the first place.

That’s probably one of the reasons some artists persevere despite the small amount of money they get from their art — sometimes, they get nothing. They just do it because they love it.

I’m not forcing you to make art or invent a computer. The point is, do what you love whatever happens (or maybe love what you do). As Steve Jobs said [emphasis mine]:

“You’ve got to find what you love. And that is as true for your work as it is for your lovers. Your work is going to fill a large part of your life, and the only way to be truly satisfied is to do what you believe is great work. And the only way to do great work is to love what you do. If you haven’t found it yet, keep looking. Don’t settle. As with all matters of the heart, you’ll know when you find it. And, like any great relationship, it just gets better and better as the years roll on. So keep looking until you find it. Don’t settle.”

What does it mean to live a meaningful life? — a burning question I’ve been poking around for 2 years or so.

Artists, writers, musicians, entrepreneurs, philosophers, thinkers, and on and on — each one has different views. I’m on my quest to find out.

Did Steve Jobs live a meaningful life? Who knows. I don’t know. And who knows what a meaningful life even means. But what fascinates me the most is that he helped create something useful for humanity, and he inspired a lot of people. Now that, to me, is admirable.

He did all those things not only because he wanted to do it, but also, he believed that life is a one-way ride — we could die anytime.

“For the past 33 years, I have looked in the mirror every morning and asked myself: “If today were the last day of my life, would I want to do what I am about to do today?” And whenever the answer has been “No” for too many days in a row, I know I need to change something.”

“Remembering that I’ll be dead soon is the most important tool I’ve ever encountered to help me make the big choices in life. Because almost everything — all external expectations, all pride, all fear of embarrassment or failure — these things just fall away in the face of death, leaving only what is truly important. Remembering that you are going to die is the best way I know to avoid the trap of thinking you have something to lose. You are already naked. There is no reason not to follow your heart.”

What do you think the reasons you’re not doing what you love? Is it because you don’t have time or money? If you think those are the hindrances, then do something, rather than complaining and waiting.

Remember, you’re not immortal, and so do I, all of us.

It’s won’t be easy, but you can always do something to improve your situation. Small step or big step, whatever. The point is you’re doing what you love or whatever you want to accomplish. You’re doing it before you die.

“Your time is limited, so don’t waste it living someone else’s life. Don’t be trapped by dogma — which is living with the results of other people’s thinking. Don’t let the noise of others’ opinions drown out your own inner voice. And most important, have the courage to follow your heart and intuition. They somehow already know what you truly want to become. Everything else is secondary.” — Steve Jobs

What if today is your last day to live, would you want to do what you’re about to do today?