My boss startled as I said, “I’m Jade. I’m just a regular guy,” while introducing myself in front of my coworkers.

She interrupted. Everyone laughed.

But I was unstoppable. I continued my introduction. “I’m the new writer here and… uh, just a regular guy.”

She frowned and whispered, “What you say is what your mind says.”

But I was telling the truth. My mind was saying, “Hey, I’m just me. No big deal.” 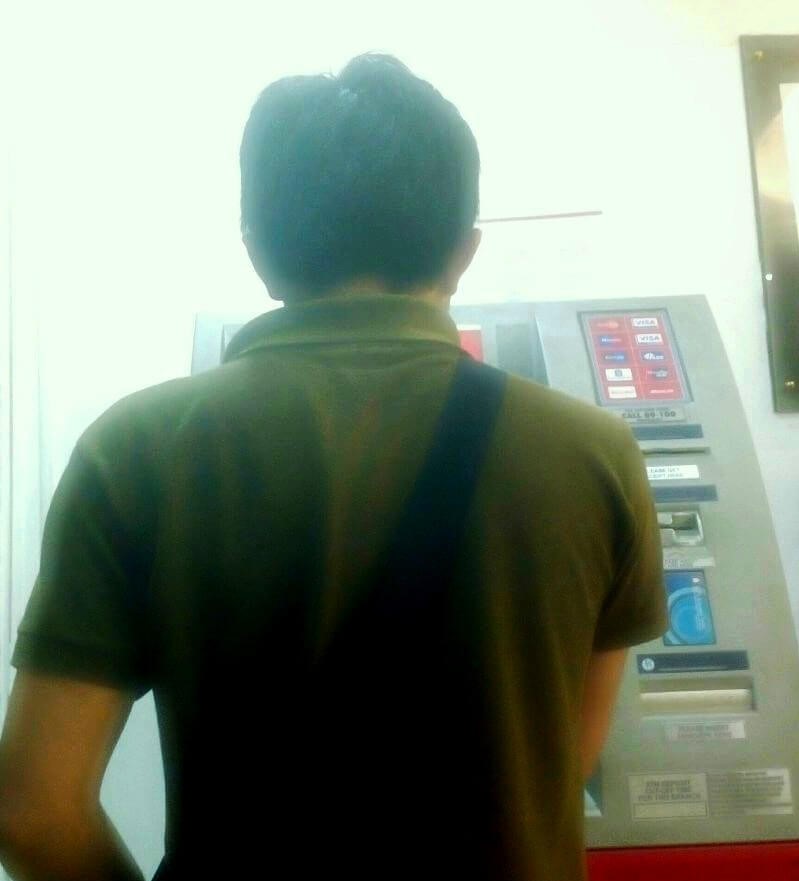 (Year 2014: Trying to withdraw some money after a challenging workday)

What Does Being Regular Mean?

Here’s what the Urban Dictionary says [emphasis mine]:

A guy who is humble, down-to-earth, open and honest, easy to get along with, and generally well-versed about all the usual things people do. Someone who isn’t power-hungry, arrogant, super competitive, insecure, or egotistical. A guy you’d want to have a conversation with about things like sports, fishing, camping, hard work, relationships, home repair, music, cars, movies, power tools, etc. A guy who will never embarrass you or cause problems socially and has nothing to prove.

Not power-hungry and not super competitive. I love that.

Those who know me personally, you know what I mean.

My definition is that I’m not someone extraordinary or special (or popular). So there’s nothing to expect. I’m just regular.

My boss, on the other hand, disapproved. Why?

Because she bought the idea that the ones who will succeed in life are those who are extraordinary, popular, charismatic, competitive, and maybe special. Not the ones who are regular or average (I know because I worked with her for a year).

Maybe she’s right. But is she?

Society Wants Us to Keep Competing

Our society is in competition for centuries. While our ancestors competed for food and territory, modern society competes for status and wealth.

We compete with who gets to win many customers. Or who gets more followers on Instagram. We compete in schools, workplaces, and even in our families.

That’s the reason we’re driven to become the best of the best, especially in our jobs or careers. Because if we’re the best, it’s more likely we’re at the top of our game.

Nothing’s wrong with that. But the fact that most people don’t even know their true intentions drives me crazy!

If our actions are driven by ego or a desire to overpower others, then we’re probably misguided.

Knowing why we do what we do is very, very important.

What’s wrong with being a regular person?

For my boss, it implies that I’m not competitive and ambitious and I don’t have the qualities that can help the company grow.

Who Cares if You’re not the Best?

I always feel uncomfortable introducing myself to others.

Truth is that, deep within, I’d love to stand out among other writers. Who doesn’t want that?

So yeah, a regular guy who wanted to learn and improve.

But I wish somebody told me this: “Even if you don’t become the best writer in this company, that’s okay.”

Nothing’s wrong if we don’t get everything we want.

Nothing’s wrong if we don’t become the best.

And nothing’s wrong with a regular life.

But We Want More

Just be honest with yourself — what you can do and what you can’t do right now. Be authentic. You don’t have to impress others.

And do things because you believe it matters, not because you want to be popular or dominant.